The Beatles vs. Rolling Stones is an age-old debate that goes back to the 1960s when both bands emerged on top of Britain’s new rock scene. It’s been more than 50 years since the two bands first landed on the charts at the same time. Ever since then, the critics have been duking it out over who the better rock band is. It’s an argument that many of today’s senior generation might be familiar with, and both bands have strong points in their favor.

The Beatles as the Better Band

The Beatles innovated their sound with albums like Sgt. Pepper’s Lonely Hearts Club Band, and the Rolling Stones could never quite capture that sound, even though they tried.

Both bands had some tremendous accomplishments in the 1960s. But the Beatles shorter career-span may have ensured that the albums they released were collectively stronger. Their early breakup may have been the very thing to cement their legend. 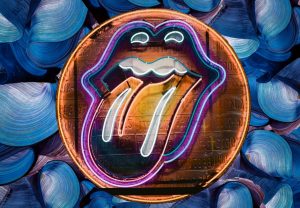 The Rolling Stones as the Better Band

In a way, the Beatles vs. Rolling Stones debate is almost like comparing apples and oranges. Sure, they’re both fruit, but they taste (or sound) completely different. The Rolling Stones evolved into a full-fledged rock band as their sound evolved both before, and after the Beatles broke up.

The Beatles lasted a solid decade from 1960-1970. The Rolling Stones last studio album, Blue and Lonesome, came out in 2016. They’ve also toured as recently as 2019. Over that time they’ve simply hit more milestones.

It’s hard to imagine the Lennon-McCartney combination making music that kept up with the times through such a long period the way that Keith Richards and Mick Jagger did. That’s not to say that everything the Rolling Stones did in this window was profound and successful.

So, Who’s The Better Band?

It’s hard to say! But it’s fun to talk about the Beatles vs. Rolling Stones debate. This conversation can take those of us old enough back to fond memories of the 1960s. Maybe it’s the first time you purchased one of their albums, or for those lucky enough, attended a show. Remembering the music of the time is another way to transport us back to a culturally significant decade.

It can also help us rekindle memories of family, friends, and other loved ones.

About the Author: Matt Brennan